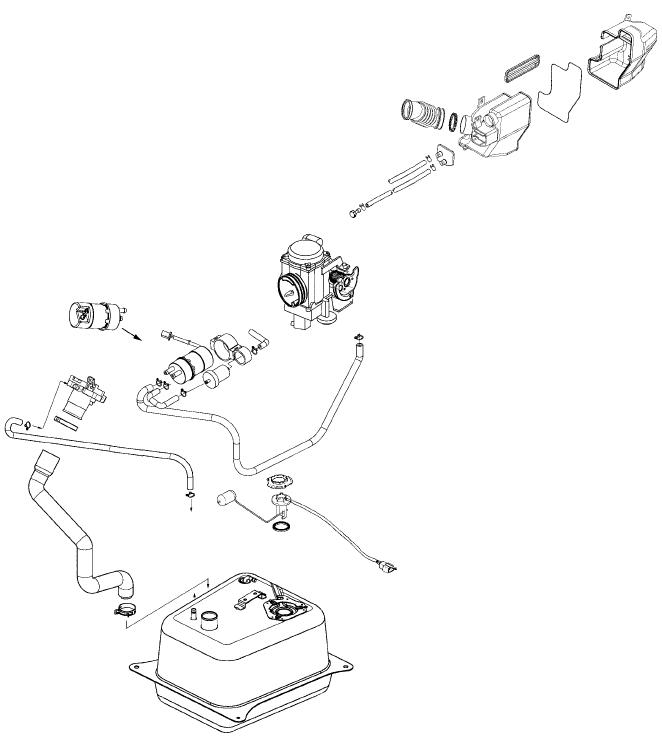 When voltage is applied between the fuel pump terminals, current flows into the solenoid coil which then pulls up the plunger together with the diaphragm allowing fuel to be drawn into the pump. At this time, the contact which is linked with the plunger opens and interrupts current causing the coil to be de-energized. This allows the diaphragm to go down by the spring force, thereby pressurizing and delivering fuel to the outlet. When the fuel pressure builds up and overcomes the spring force, the plunger stops at pulled up position with the contact in open position. 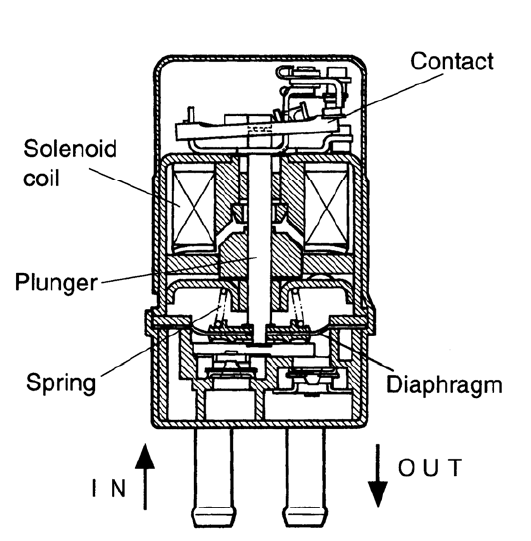 Engine does not start

Throttle does not open fully, so engine stalls

Engine is hard to start